Investigators say the fire does not appear suspicious 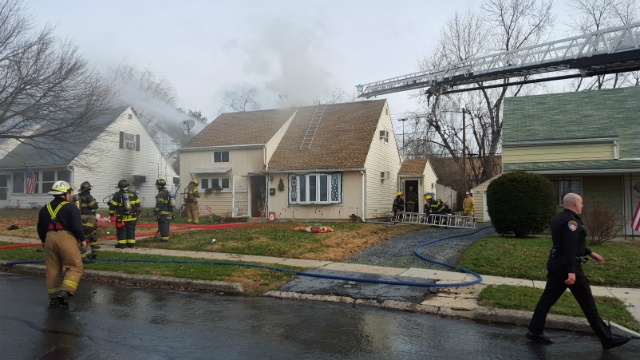 MUHLENBERG TWP., Pa. – A two-alarm fire has at least temporarily driven a Berks County family from their home and killed two pets. Firefighters responded to the 700 block of Las Vegas Drive in Muhlenberg Township about 9:15 a.m. Monday. Firefighters from seven departments responded to the fire that took about 40 minutes to bring under control.  The fire started in the kitchen, and firefighters worked to prevent the fire from spreading to other areas of the home. Authorities said the fire’s cause remains under investigation, but they said it appears to be electrical in nature and does not appear to be suspicious. Utilities to the home have temporarily been shut off, and the family cannot return at this time.

Or to read the Reading Eagle article click: Muhlenberg home damaged in fire